Youth liberation is the process of young people realizing freedom from all forms of age-based oppression.

It is rethinking assumptions about the incompetence and inferiority of youth.

It is questioning the laws, systems, and institutions that deprive youth of their liberty.

It is providing youth with the support they need while ensuring the autonomy that all people are entitled to.

It is confronting all forms of oppression.

Youth liberation is creating a world where people of all ages can live healthy, fulfilling, and liberated lives. 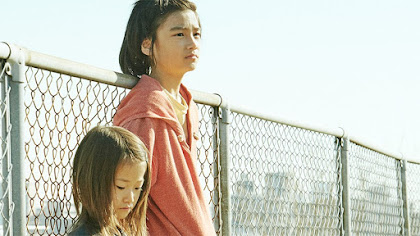 A couple of days ago I watched Shoplifters (see the trailer here), a 2018 Japanese film that explores the question: "What is family?"
It portrayed young people and social relations in nuanced, unique, and -- at times -- a liberatory way that invites attention and discussion.
Spoiler Warning: If you are planning to watch the film, this post may contain spoilers.
I'll keep this post fairly short. I just wanted to bring attention to some ways in which Shoplifters explores and challenges contemporary ideas about family and childhood.
One theme is the blurring of the lines defining what family is or isn't. For example, one of the characters is referred to as "grandma," another one "mother," and others are "sister" and "brother." But as the film progresses, we learn that the relationships are not what they seem -- that almost none of the characters are biologically related. This isn't necessarily uncommon throughout the world, but it is relatively rare in "developed" societies where the isolated nuclear family is the dominant social structure.
The effect of this blurring is to challenge and subvert conventional ideas of what makes a family.
We begin to ask: How much legal and moral weight should biological relations be given? How does this change when kids are harmed by their blood relatives? Or when kids express a desire to live with another family?
To further complicate these questions, the "family" that has come together in the movie seems to truly love each other (most of the time); they pay attention to each other, they listen, they look out for each other, they have fun together, and they support each other.
This is contrasted with the biological family relations depicted in the movie, which feature abuse, coercion, neglect, and deception.
One scene towards the end of the film finds Noboyu, the "mother" (who isn't the biological or legal mother of the children, Shota and Yuri) asking: 'What makes a mother? Does just giving birth make you a mother?'
Legally, yes. But, why?
Towards the end of the movie, we see Yuri's abusive biological mother try to coerce her into apologizing for nothing and then attempt to use the promise of buying her clothes to get her to obey. This is a classic example of how kids' forced economic dependence gives parents outsize power in controlling kids. And it left me with a sinking feeling, imagining the next decade of parental oppression Yuri would face.
However, while the film questions society's romanticism of and attachment to the traditional nuclear family, it doesn't shy away from the problems and complexities of the alternatives.
For example, we see that, despite the abuse, Yuri is essentially kidnapped. While we know that the kidnappers (Osamu and Nobuyo) saw that Yuri's parents were abusive, we also see that they know they are kidnapping someone. And, in the end, we learn that they had taken Shota from his parents many years before (and the details of that event are unclear). So, we are confronted with legal violations and moral ambiguity.
Moreover, there is the theme of kids shoplifting throughout. It seems consensual for most of the movie, but towards the end, we see that, at times, pressure and coercion were involved (e.g. the adult Osamu pressures Shota to help him steal). Thus, the film exposes a potential dark side of kids choosing their families and unregulated adult/child relationships -- there may still be exploitation, and not all adults have pure motives.
Moreover, some of the relations are -- at least in part -- financially motivated, leaving us to question how the financial incentives to enter into social relations affect our perceptions of the relationships.
Nonetheless, despite the kidnapping and ambiguously exploitative relations, the kids seem happiest with their "chosen" family, rather than their biological or state-appointed living situations.
This calls into question the legitimacy and the justice of forcing kids to stay in constrained family arrangements, even when it's against their wills.
The film also provides a sharp critique of the state system and laws that operate to send kids back to abusive homes -- and that value parent's "rights" above nearly every other consideration. (Also, it's important to note that, at least in the U.S., when the state does take kids away from abusive homes, it usually does so (a) without the consent or input of the youth, and (b) often at rates that disproportionately affect and criminalize families of Color, and especially Black and Indigenous youth and mothers.)
Thoughts?
What makes a family? Should kids be able to choose their own families? What does it mean that most adults are even comfortable asking that question?
Also, any suggestions for other movies or books that address these issues?
at December 21, 2020 No comments: